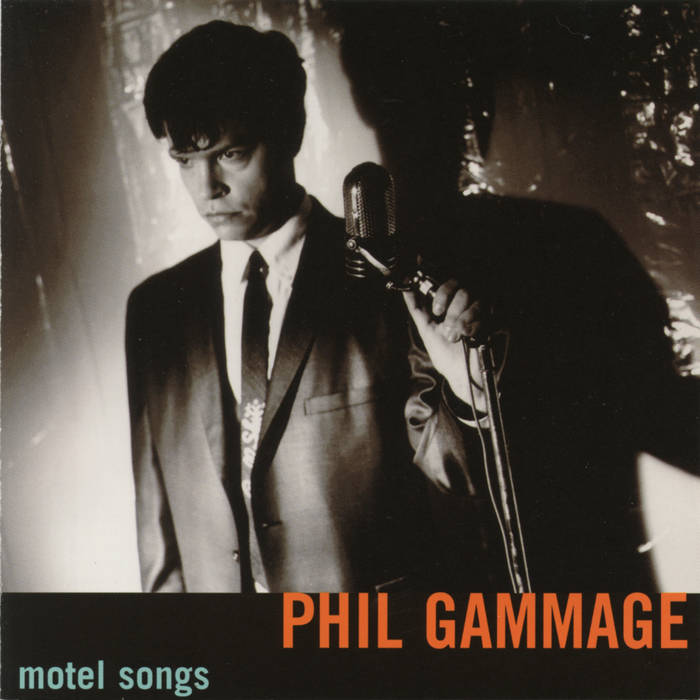 As the 1990’s began Gammage began to perform and record with some of the top musicians New York had to offer. Players such as Vinny DeNunzio (Feelies, Richard Hell), Marc Jeffrey (Band of Outsiders), Wendy Wild (Fleshtones, Das Furlines), and David Kaufman (The Nails) just to name a few. The chemistry between these like-minded musicians was amazing and what resulted were four stunning and at the time overlooked masterpieces; NIGHT TRAIN (1990) , KNEEL TO THE RISING SUN (1991), CRY OF THE CITY (1993), and LOWLIFE STREET (2000). What these records spotlight is not only Gammage’s outstanding guitar playing but his brilliant songwriting skills and vocals. With the exception of CRY OF THE CITY these CDs were all released in Europe on France’s New Rose Records (or their successor Last Call Records) and never found a large audience in Gammage’s native United States.

Later in the decade Gammage expanded musically to the worlds of blues, lounge, jazz and swing as well as returning to his rock roots with a reunited Certain General.

The years ‘90-’00 were particularly productive and creative for Phil and the songs in this collection speak with an emotive honesty that is as timeless as the day they were released.

NYC based singer-songwriter and sometimes guitar slinger whose new album is "It's All Real Good".

“He has the brooding intensity of a Johnny Cash circa Rick Rubin added to post-punk circa 1980 smarts.
~ Rock NYC Live & Recorded ... more

Track Name: I Gotta Move
Up to the mountains, down to the sea
Wherever my wheels take me that’s where I’ll be
Deep inside I’ve got a spark it calls to me inside my heart
Ooooh I’ve got to move

Through the windy city, down to Old Mexico
A voice tells me to ramble, a voice from my soul
Deep inside I’ve got a spark it calls to me inside my heart
Ooooh I’ve got to move

Driving on the freeway, I’m lost in the city again
Behind me is my baby, I’ve left her once again
Deep inside I’ve got a spark it calls to me inside my heart
Ooooh I’ve got to move
Track Name: Shed My Skin
I’ve done so much that I can regret, the best I can do is try to forget
Gonna shed my skin and get my second wind

I’m gonna play it like a lizard man, change my colors like a chamelean
Gonna shed my skin and get my second wind

Time for me to jump back into the race, I can finally look myself in the face
Gonna shed my skin and get my second wind

Add it all up I’m still in once piece, got bounced around but landed on my feet
Gonna shed my skin and get my second wind
Track Name: Painting of John
On my wall there’s a picture hanging before me
What goes on, in my mind as I look before me

A painting of John, on black velvet it’s John
Staring back at me, it’s gotta be John

Sunny Dallas day, shots rang out on a downtown street
His car sped away, John’s fate he went off to meet

A painting of John, on black velvet it’s John
Staring back at me, it’s gotta be John

Hey it’s not like he died for my sins, somebody’s bullet’s what did him in
after all these years a black cloud hangs over his head
They say Lee Harvey pulled the trigger if that’s what you believe then go and figure
cause we’ll never know what Lee Harvey would have said

On my wall a picture of a man who died too young
On my wall, we’ll never know just what he’d of done

A painting of John, on black velvet it’s John
Staring back at me, it’s gotta be John
Track Name: Route 65
I’m driving down Route 65 in a ‘71 Camaro my dog’s in the back seat sweats pouring down his lips
I’m not going anywhere, I’m not leaving anywhere, I’m just there and I’m riding hard
And this cracklin’ voice coming over my radio, telling me what to do how to be....
What’s your point hombre? Get to the quick of the nail, get to the quick of the nail!

I must have seen every barbeque joint in the world on this world
I must have seen every oil stained roughneck on this road
But I’m driving down Rt. 65 in a ‘71 Camaro and I’ve got the pedal to the metal
My dog’s in the back seat see sweats pouring down from his lips
I’ve got everything I need pal --I’ve got my dog -- I’ve got my car--
I’ve got everything I need pal

My car’s standing still and the world is whizzing by my window
that’s the way I like it just me and my dog -- I can’t ask for anything more out of this world
And this cracklin’ voice coming over my radio, telling me what to do how to be....
Well let me tell you something pal
I ain’t no dead cat on Rt 65